Getting ‘high’ on exercise: The surprising link between physical activity and cannabis

Your heart’s pounding, sweat’s dripping, muscles and lungs are burning, and you’re floating on cloud nine. How can something so exhausting feel so good?

You’re probably familiar with the feeling of bliss, coupled with reduced anxiety and pain sensitivity, that often follows rigorous exercise.

The phenomenon is sometimes called “runner’s high” or “post-workout euphoria”.

It’s the perfect antidote to a stressful day at work and the feel-good reward that keeps many of us coming back for more.

For years, we’ve attributed the mood-altering effects of exercise to the release of endorphins — the body’s self-produced opiates.

And while endorphins and other “happy chemicals” such as dopamine and serotonin are released during physical activity, research is finding that the body’s own cannabinoids, similar to those found in cannabis, may be responsible for post-exercise euphoria .

These cannabinoids are produced by the Endocannabinoid System (ECS), which is activated during exercise and responsible for a range of important functions in the body.

Studies have found that elevated levels of endocannabinoids following physical activity may contribute to the improved mood and reduced anxiety and pain sensitivity often experienced after a workout.

This might all sound a bit technical right now, but continue reading to learn more about what’s happening in your body when you exercise. 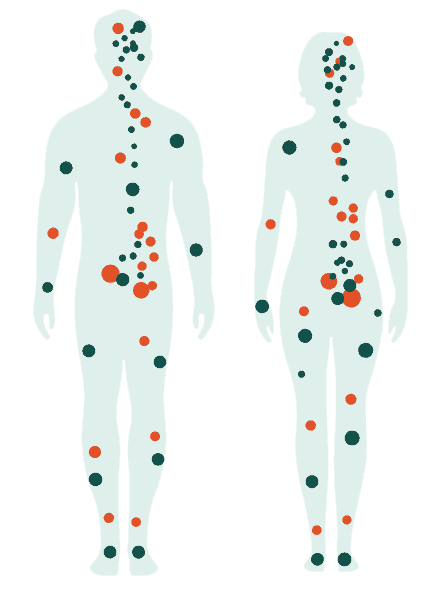 The Endocannabinoid System (ECS) was discovered by chance in 1992 by scientists researching the effects of cannabis in the body.

It’s a biological system that works throughout the body and plays a critical role in maintaining homeostasis, or balance.

The ECS has been found to help moderate stress responses and pain sensations, support mood and immune function, manage sleep and appetite, and a whole lot more.

Cells release endocannabinoids on an as-needed basis. They interact with cannabinoid receptors located throughout the body, triggering cascades of signals that help maintain optimal health.

The cannabinoids found in cannabis and many other plants interact with the ECS in much the same way.

Like exercise, cannabis has also been found to produce feelings of euphoria and relaxation.

Endocannabinoids and exercise: What does science say? 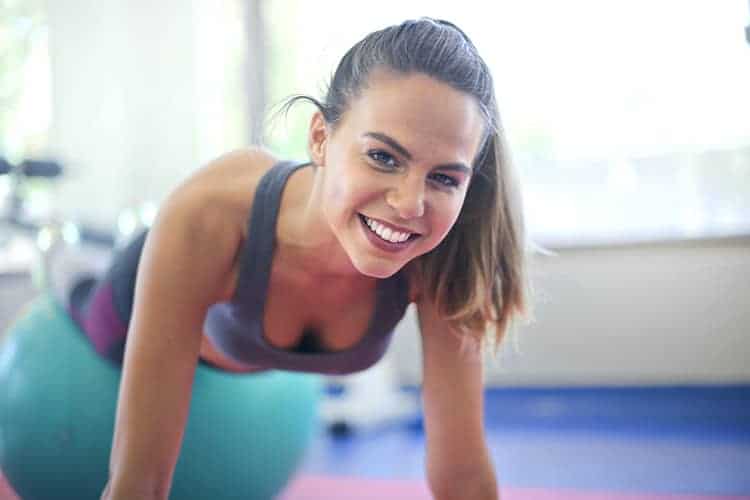 There have been several studies looking at the relationship between exercise and the ECS.

The one thing they all seem to agree on is: Exercise elevates the level of endocannabinoids in the body.

That suggests the ECS is activated by physical activity, promoting cells to release more of the body’s natural cannabinoids.

And unlike endorphins, which have hogged the credit for post-workout euphoria for decades, endocannabinoids are capable of crossing the blood-brain barrier to produce the familiar “high” feeling.

So the next time you feel that upswell of positive emotions after a workout, you just might be experiencing an extra dose of cannabinoids in your system.

One of the most widely-reported studies on exercise and the ECS looked to explain the source of runner’s high — described as an “ephemeral pleasant phenomenon that may be experienced during long-term running”.

Researchers found that mice had elevated levels of both endorphins and endocannabinoids after running. They also showed reduced anxiety and pain sensitivity, and were observed to be more tranquil.

When the researchers used drugs to block the mice’s endocannabinoid receptors, there were no signs of runner’s high. The mice were just as anxious and sensitive to pain as before their runs.

When the mice’s opioid receptors (which interact with endorphins) were blocked, they still experienced runner’s high.

The study suggests that runner’s high in mice is caused by endocannabinoids, rather than endorphins.

Researchers measured the levels of endocannabinoids before and after the subjects ran on a treadmill for 30 minutes at four different intensities.

The study found that only moderate exercise intensities (around 70-85% of age-adjusted maximum heart rate) resulted in significant changes in circulating levels of anandamide, the endocannabinoid known as the “bliss molecule”.

Given the small sample size, the findings aren’t particularly meaningful. However, the study suggests exercise intensity may affect the release of cannabinoids in the body.

Other studies (here and here) have also found that moderate intensity exercise activates the ECS, relieves pain, and improves mood.

What about weight training?

If you’re more into pumping iron than pounding the pavement, you might be wondering if you’re getting post-workout endocannabinoids, too.

According to this 2015 study of rats, acute resistance training also produces elevated levels of endocannabinoids.

If you’re struggling to get your head around rats lifting weights, you’re not the only one. To clarify, the researchers managed to emulate resistance training in the lab using tiny weighted canvas jackets and electrical stimulus.

The study also found that resistance exercise reduced pain sensitivity, which is consistent with other studies.

This study has plenty of holes in it, so take the findings with a grain of salt.

However, most resistance training also works the cardiovascular system and, therefore, it’s likely to activate the endocannabinoid system.

High on your own supply

There are likely to be many reasons why exercise makes us feel good.

Our bodies are wonderfully complex, packed with systems that reward us for doing things that keep us alive and in good health.

While the science on the ECS and exercise is relatively new and inconclusive, the findings so far seem to suggest our bodies thank us for working out by releasing mind-altering substances called cannabinoids.

These cannabinoids, similar to those found in cannabis, can help to improve our mood, reduce anxiety and pain sensitivity, and even produce a euphoric “high” feeling.

So the next time you’re out running, lifting weights, or following along with your favourite workout video on YouTube, know that you’re activating your ECS.

And as you bask in the afterglow of post-exercise euphoria, you just might be feeling “high” on your own supply of cannabinoids.