Anyone living with or caring for someone with autism will know that there are limited medical treatments available.

That’s why there’s growing interest around the potential of medicinal cannabis as a treatment for common symptoms of autism spectrum disorder (ASD).

There’s plenty of anecdotal evidence that medical cannabis can help people, particularly children, to manage symptoms of ASD and improve quality of life.

“I was just in shock, this was a 90 percent difference in any behaviour in him and it blew my mind,” he said.

Many patients, parents and caregivers have experienced similar life-changing effects of medical cannabis.

But as is often the case, the scientific research currently trails behind real-world experiences.

While the early research into medicinal cannabis, particularly CBD, for treating autism is promising, there’s a lack of robust clinical evidence.

Given that there has been a significant increase in the number of children being diagnosed with ASD worldwide and the complex, wide-ranging symptoms of this group of disorders, there is an urgent need for more clinical research in this space.

In this article, we’ll look at the research into cannabis and autism to date and provide guidelines for patients, parents and caregivers who are interested in exploring the potential of cannabis-based medicines.

What is autism spectrum disorder (ASD)?

Autism is a group of neurodevelopmental disorders that affects how people experience the world, including how they think, act, and communicate.

Autism is a spectrum disorder, which means that some people are affected more than others.

For example, about 40% of autistic people are non-verbal, which makes communication difficult, while others can be hyperactive, which makes focussing on one task a challenge.

There’s also what’s known as “high-functioning autism”, which is an informal term for people who can speak, read, write, and live independently.

People with autism can experience a broad spectrum of symptoms that tend to fall into communication, social, and behavioral categories.

They can include repetitive and obsessive behaviours, sensory sensitivities, aggression, short attention span, and difficulties with language, facial expressions, and social skills.

It’s estimated that as many as a third of people with autism also have epilepsy, a condition for which there is strong evidence for the effectiveness of medicinal cannabis.

Autism can often be diagnosed in children, but some people aren’t diagnosed until later in life.

Boys are about twice as likely to develop ASD than girls.

What treatments are there for autism?

There’s currently no medication available to treat or cure the core symptoms of ASD.

Medications that are designed to manage hyperactivity and lack of focus, such as those used to treat attention deficit hyperactivity disorder (ADHD), are sometimes prescribed for people with autism.

Antipsychotics are also commonly used to manage symptoms such as irritability, aggression and self-injury. Antiepileptics, sedatives, and antidepressants can also be prescribed in some cases.

Experimenting with dietary changes or supplements may also help to manage some symptoms.

The lack of effective medication for people with autism has contributed to the growing interest in medicinal cannabis.

Cannabis and autism: What does the research say? 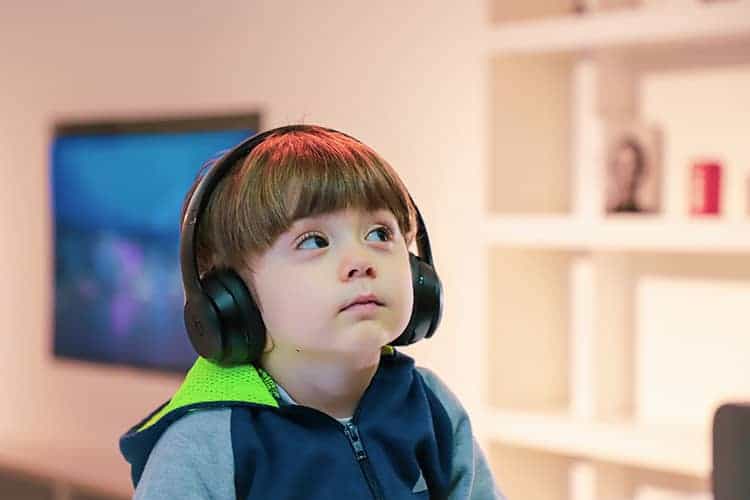 The clinical evidence for cannabis as a treatment for autism is promising, but limited to a handful of studies.

There are ongoing clinical trials that may produce more robust evidence in the near future.

The results of the first placebo-controlled double-blind study of medicinal cannabis treatment for autism patients were published in February, 2021.

The 150 participants, aged 5 to 21 years, either received a cannabinoid medicine or placebo for 12 weeks.

The two main evaluation methods were a questionnaire for parents and a clinician assessment of disruptive behaviours every four weeks.

While the parental questionnaire didn’t differ significantly between the cannabinoid and placebo groups, the clinician assessment of disruptive behaviours found that 49% of participants receiving the whole-plant extract treatment responded (either much or very much improved) versus 21% on placebo.

“In this study, we have demonstrated for the first time in a placebo-controlled trial that cannabinoid treatment has the potential to decrease disruptive behaviors associated with ASD, with acceptable tolerability.”

A study, published in 2019, looked at the effects of medicinal cannabis oil (high dose CBD, low dose THC) on common autism symptoms and quality of life in more than 100 children.

Their parents completed a questionnaire at the beginning of the study and again after one month and six months of treatment.

Good quality of life increased from 31.3% of patients to 66.8%, positive mood increased from 42% to 63.5%, and the ability to dress and shower independently increased from 26.4% who reported no difficulty to 42.9% at six months.

The authors of the study concluded that,

“Cannabis as a treatment for autism spectrum disorders patients appears to be [a] well-tolerated, safe and seemingly effective option to relieve symptoms”.

There are limitations to this study and the authors said double blind placebo-controlled trials are crucial for a better understanding of the cannabis effect on ASD patients.

Another 2019 study of 53 children with autism found similar improvements across the spectrum of ASD symptoms.

Patients were given CBD oil for at least 30 days (mean duration of 66 days). The medicine was administered by their parents who reported their observations during a telephone interview every two weeks.

The most common adverse effects were drowsiness and decreased appetite.

A single-case-study of a child with autism found that treatment with synthetic THC (dronabinol) for six months showed significant improvements in hyperactivity, lethargy, irritability, stereotypy, and inappropriate speech.

While there is a lack of clinical evidence for the use of medicinal cannabis to treat autism, there may be some crossover with research into related health conditions.

For example, it’s common for people with autism to also have epilepsy and seizures, anxiety and depression, and sleep problems.

There’s more rigorous clinical evidence for using medicinal cannabis in the treatment of these conditions than there is for ASD.

However, it’s important to note that the effects of medicinal cannabis on one condition will not necessarily be the same for another.

Hope on the horizon

Currently, there is insufficient clinical evidence for cannabis-based medicine use in ASD.

However, there are several clinical trials underway that should contribute valuable evidence over the coming years.

Patients and caregivers have reason to be cautiously optimistic about the potential of medical cannabis for the treatment of autism spectrum disorders.

It’s important that more work is done in this space to support people with autism — right across the spectrum — to improve their quality of life and reach their full potential.

Until more evidence is available, you may want to talk to your doctor about whether medicinal cannabis is suitable for managing specific symptoms of ASD, such as seizures, anxiety, or sleep problems.