The gift of Christmas terpenes: Experience the natural aromas of the holiday season 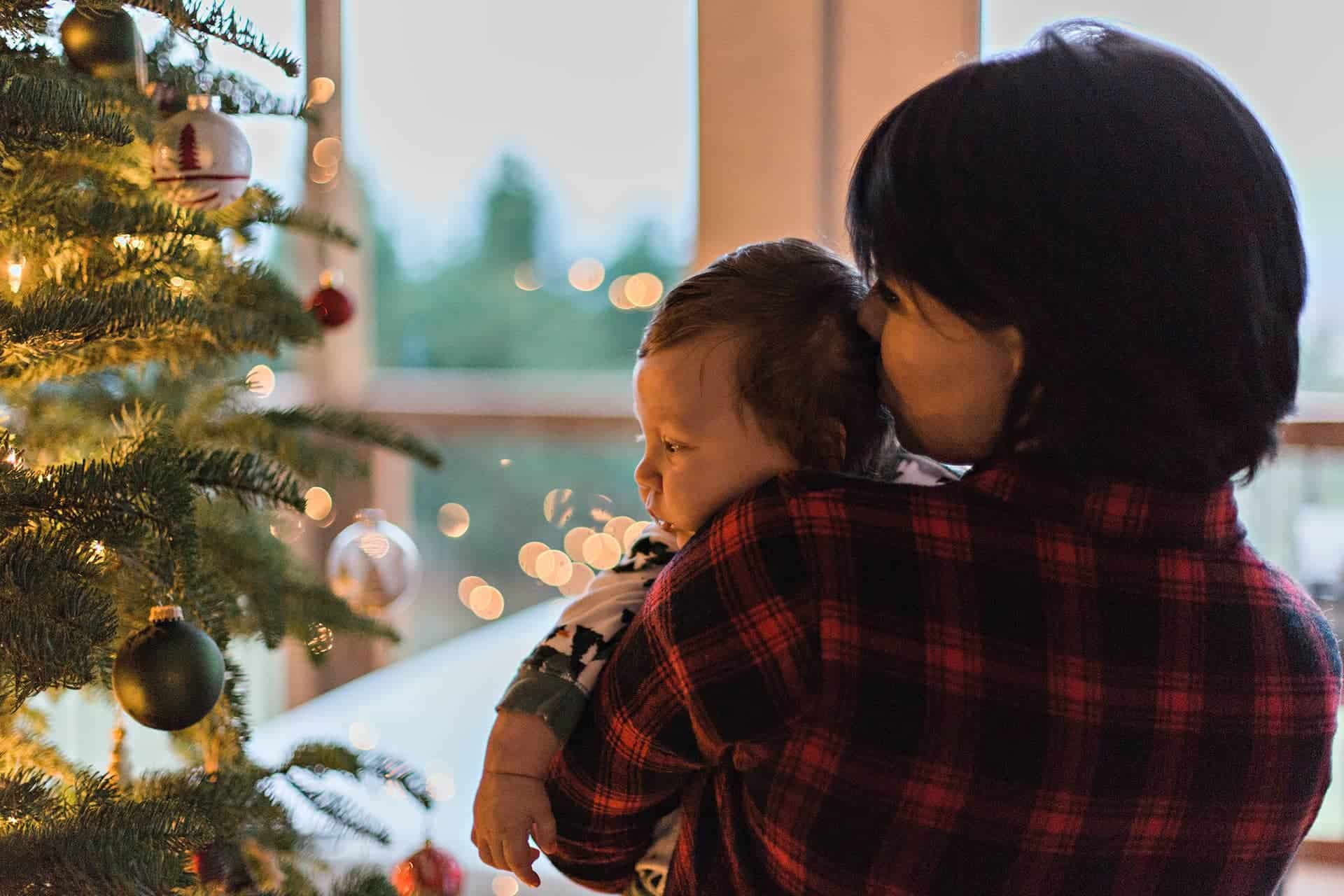 What if the best gifts we receive each Christmas are the ones we don’t see? We’re all familiar with the gifts placed under the Christmas tree. But the tree itself might hold the most overlooked gifts of the festive season.

I’m talking about terpenes, the aromatic compounds found in the Christmas tree that are responsible for its refreshing scent and a host of health benefits. Many of the defining aromas of Christmas — pine trees, cinnamon, peppermint, hoppy summer beer, rosemary — are produced by terpenes.

Terpenes are most commonly associated with cannabis because cannabis plants contain high concentrations of them. Scientists are discovering that terpenes have therapeutic properties that can work both separately and in conjunction with the cannabinoids in cannabis.

This Christmas, we wanted to take a light-hearted look at some of the most iconic aromas of the holiday season. Hopefully this gives you a deeper appreciation for the gifts of Christmas that many of us probably take for granted, or aren’t even aware of.

Terpenes are natural aromatic compounds that produce the distinctive smells of many plants and herbs. They’re also present in the extracted oils and dried or processed forms of plants.

Terpenes play an important role in plants, helping to attract pollinators, deter pests, and resist disease. They have also been found to have therapeutic benefits for humans.

Humans have been consuming terpenes in food, inhaling them in essential oils, and applying them in ointments and other herbal medicines for thousands of years.

And whether you know it or not, you’ve probably experienced the benefits of terpenes, whether it’s through lavender to help with sleep, the energising effects of citrus, or the mood-stabilising benefits of a walk through a pine forest.

The high concentrations of terpenes in cannabis have attracted a lot of attention for the different potential health benefits and effects they have.

The terpenes of Christmas

Let’s look at some of the defining terpenes of the Christmas season here in the southern hemisphere.

Please note that terpenes may not be present in processed foods and drinks, including some of the ones mentioned below (candy canes, for example).

This is just a fun look at the terpenes behind some of our favourite festive flavours and aromas. 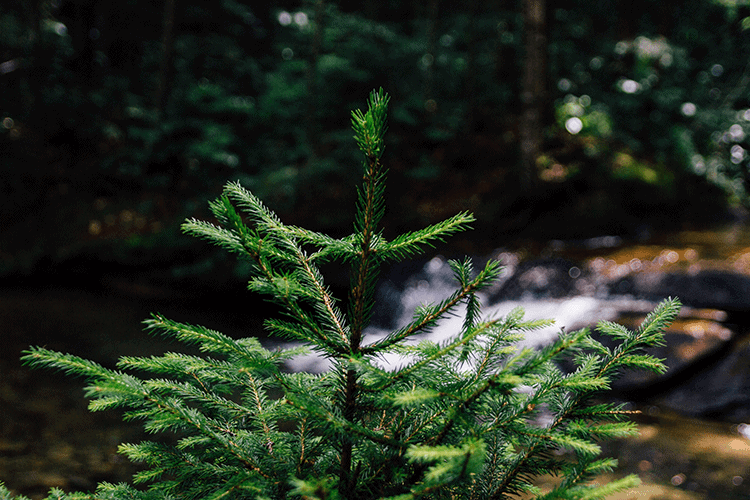 The traditional Christmas tree is the Pinus radiata.

The main terpene present in Christmas trees is called pinene. It’s actually the most common terpene in the natural world.

Pinene is responsible for the pleasant, refreshing aroma of the Christmas tree — probably the most iconic smell of the festive season.

Bear in mind, you’re only getting the benefits of terpenes if you’re putting up real trees, not the artificial ones.

Research is still substantiating pinene’s therapeutic benefits, but it may be useful for pain, anxiety, inflammation, and helping to open the airways. 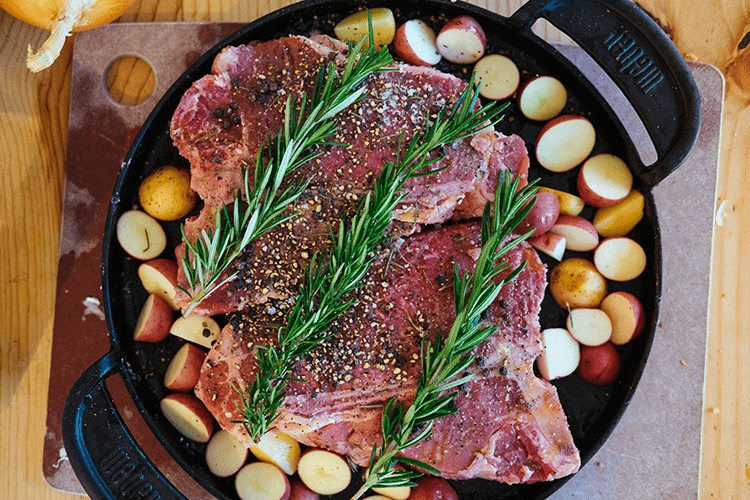 Whether you’re roasting a leg of lamb or cooking up racks on the barbecue for Christmas lunch or dinner, you’re probably going to include a few sprigs of fresh rosemary.

The main terpenes in rosemary are pinene (the same as the Christmas tree) and eucalyptol, also known as cineole, which is also present in cannabis.

We covered the benefits of pinene above, but eucalyptol (named for the high concentrations found in eucalyptus trees) has been found to have anti-inflammatory and antioxidant effects in various diseases.

Food for thought when you’re tucking into that Christmas feast. 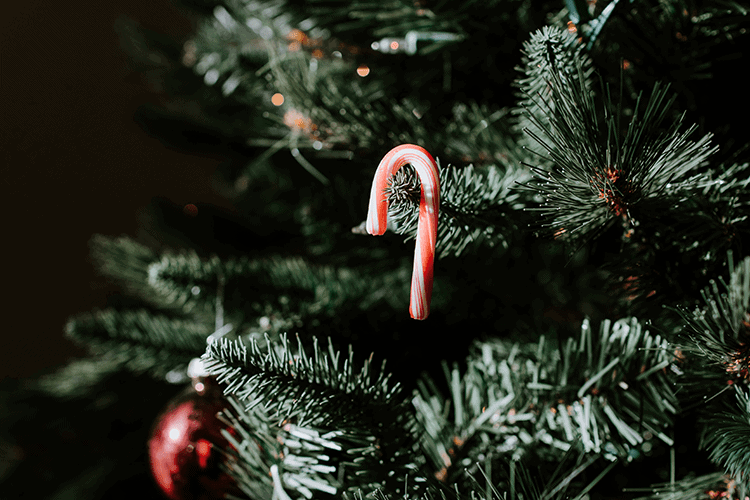 Candy canes are the quintessential Christmas sweet. While they are highly-processed and artificially-flavoured, they are made to emulate the natural aroma and taste of peppermint.

The one that’s mostly responsible for the minty smell is menthone. Menthone is structurally related to menthol, which is a common ingredient in toothpaste, cough lozenges and muscle and joint ointments.

There’s very little research looking specifically at the therapeutic effects of menthone.But there are studies looking at the health benefits of peppermint oil, of which menthone is a major constituent.

Peppermint oil has shown potential as a treatment for irritable bowel syndrome and digestive issues and headaches (when applied topically). Menthol gel has also been found to be effective for decreasing muscle soreness.

While sucking on a candy cane isn’t going to provide you with these health benefits, hopefully it’s interesting to know the story behind the minty flavour and scent. 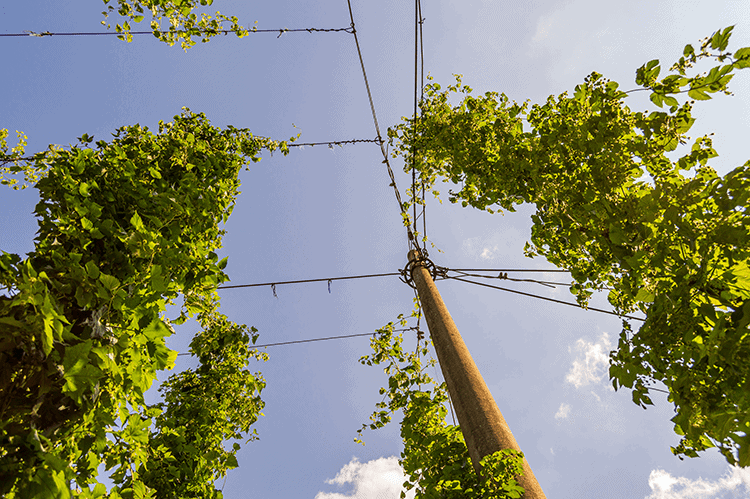 New Zealand is known for its flavourful “hoppy” summer beer, which is a staple at many Christmas celebrations.

Hops, the main flavouring agent in beer, is actually closely related to the cannabis sativa plant and they have similar aromas. Hops are also rich in terpenes, which play a key part in the unique taste and aroma of different varieties of beer.

The most common terpene in hops is myrcene, which is also found in high concentrations in cannabis. Myrcene has an earthy, fruity, musky aroma, which is probably what you’re experiencing when you drink a full-flavoured craft IPA.

Myrcene has been reported as analgesic (pain relieving), anti-inflammatory, skeletal muscle relaxant, as well as a sedative. Unfortunately, the brewing process removes much of the terpenes in beer. But a process known as “dry hopping”, in which hops is added late in the brewing process, can increase the presence of terpenes.

So if you’re one to relax and doze off after your Christmas meal and a cold beer, myrcene might have something to do with it.

A feast for the senses

Hopefully this exploration of Christmas terpenes will help you to experience the festive season in new ways. Whether we realise it or not, many of the aromas that we enjoy at this time of the year can have health benefits.

Of course, a bit of overindulgence at Christmas is fine. But being mindful of the wonders of the plant world and the gifts that we’re receiving right under our noses might help to boost your Christmas spirit.

Take care, be safe, and enjoy your seasonal dose of Christmas terpenes.