What is the Endocannabinoid System? A simple guide to how the ECS works 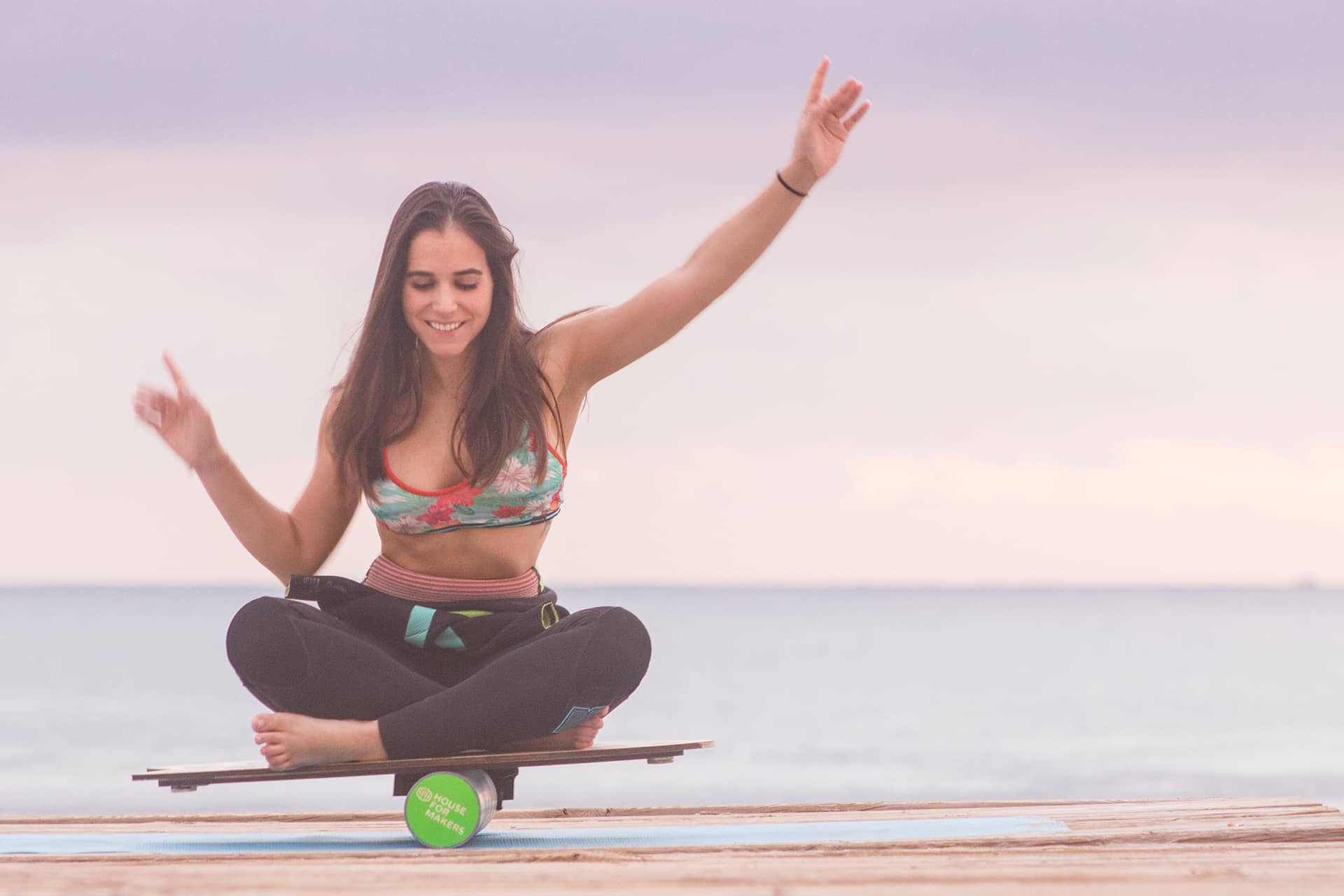 The Endocannabinoid System is one of the body’s most important biological systems, helping with sleep, pain, inflammation, memory, mood, and more.

And yet, you may have never heard of it.

We all know about the immune system, the cardiovascular system, the central nervous system, and the reproductive system.

But the Endocannabinoid System (ECS), which supports all of our other bodily systems, still slips under the radar.

Right this very moment, your ECS is working to maintain optimal balance in your body and keep important functions and processes in check.

If you’re interested in your health and wellbeing, you owe it to yourself to learn about the ECS and what you can do to support and strengthen it.

This article is designed to be a simple, but thorough, introduction to the ECS, how it works, and how it’s helping us to understand the incredible potential of medicinal cannabis.

What is the Endocannabinoid System (ECS)? 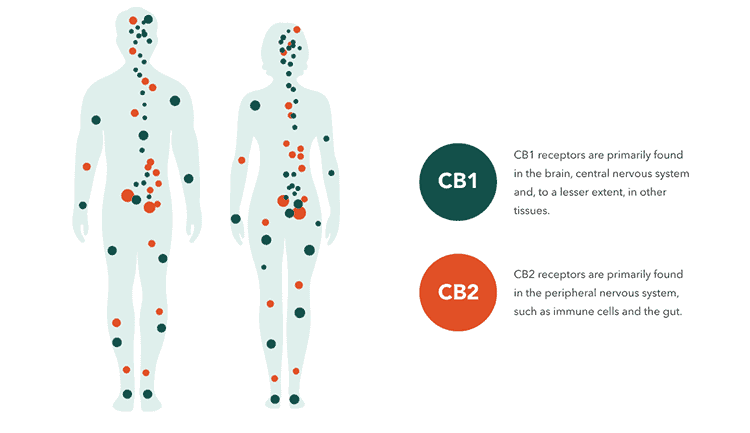 The ECS is a biological system that operates throughout the body.

Scientists discovered it by chance in the early 1990s when they were researching the effects of THC, one of the cannabinoids in cannabis.

The key role of the ECS is to maintain homeostasis (balance) by supporting our other systems (immune system, central nervous system etc) and important bodily functions and processes, including:

These are released by cells in the body when threats to our biological systems arise.

They bind to receptors located throughout the body (see below).

Experts think our endocannabinoids help our cells to communicate and coordinate responses to what’s happening in the body.

The two main endocannabinoids are:

The cannabinoids in cannabis (phytocannabinoids), such as THC and CBD, act in much the same way as the ones produced in our body, which is why they’re showing so much potential in healthcare.

Technically, these are called endocannabinoid receptors because they’re found within the body.

Endocannabinoids bind to these receptors to signal a response in the body.

A simple analogy that’s used to describe this process is the “Lock and Key System”.

When the endocannabinoids bind with the receptors they unlock a chain of events in the body with the main purpose being homeostasis.

The cannabinoids in cannabis can also bind to these receptors, helping to support the ECS.

The ECS releases enzymes to breakdown endocannabinoids once they’ve done their job.

The enzymes help to ensure that endocannabinoids don’t have too much of an effect in the body so that it remains in balance.

What does the Endocannabinoid System do? 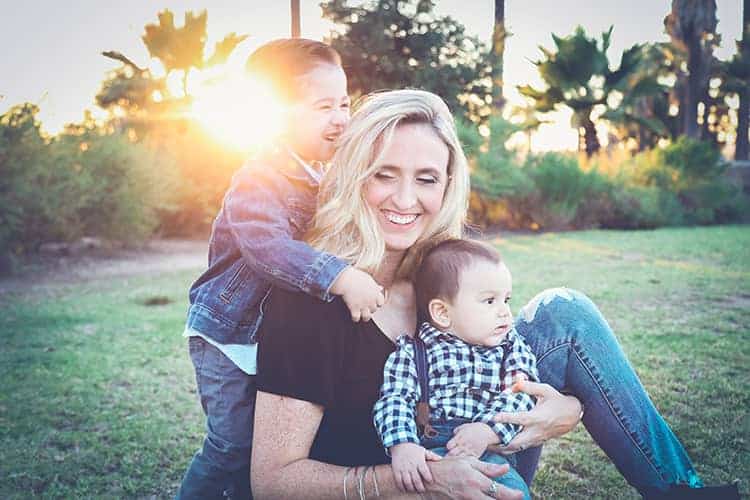 We all know what it means for our bodies to be in balance.

Your systems and cells are operating optimally and you feel healthy, happy and energised.

When this balance is disrupted, you tend to feel that something is off.

For example, if your temperature increases by just one degree Celsius, you know that something’s seriously wrong.

Sometimes you don’t notice that there’s an imbalance until it presents as sickness or disease.

The ECS works around the clock to keep our bodies in balance, regulating systems and functions that keep us alive and well.

For example, if you’re experiencing high amounts of stress the ECS will help to regulate the body’s response and reduce the risk of overwhelm or emotional breakdown.

Or if your immune system triggers inflammation in response to an injury or infection, the ECS helps to regulate that response and reduce the risk of chronic inflammation, which can damage healthy cells, tissues and organs.

The ECS helps to ensure that our body is working for us and that we don’t get too much or too little of the things that keep us in balance.

“The endocannabinoid system is very important. Almost all illnesses we have are linked to it in some way or another. And that is very strange.” – Dr Raphael Mechoulam, known as “the father of cannabis research”

What if your Endocannabinoid System is out of balance?

Poor diet, lack of exercise, and other factors can reduce the body’s ability to produce endocannabinoids, weakening your ECS.

This is known as the theory of Clinical Endocannabinoid Deficiency (CED).

There are many deficiencies that we’re familiar with.

For example, iron deficiency affects up to 80% of people worldwide and is linked to fatigue, headaches, and shortness of breath.

Some scientists think that endocannabinoid deficiency is linked to several health conditions.

The best evidence for CED has been found for migraine, irritable bowel syndrome, and fibromyalgia.

The cannabinoids in cannabis may act as a kind of “supplement” when our ECS is out of balance.

Cannabis and the Endocannabinoid System 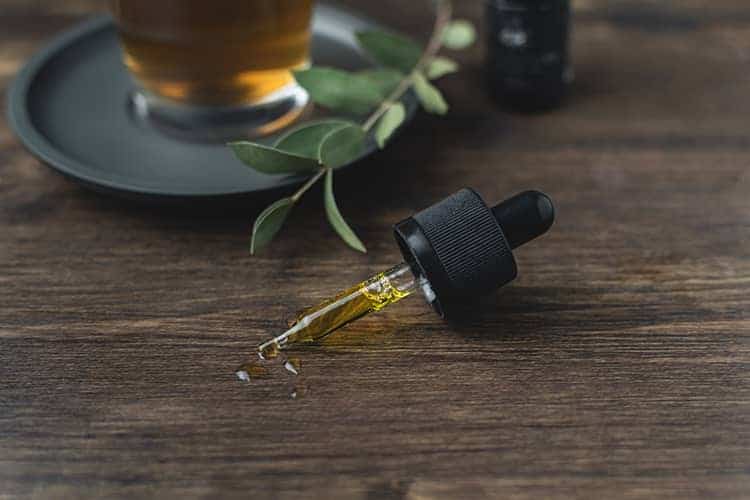 The cannabinoids in cannabis, such as CBD and THC, have the incredible ability to interact with the cannabinoid receptors in the body.

They mimic the body’s endocannabinoids, helping the ECS to do its job of maintaining homeostasis.

THC, the main psychoactive compound in cannabis, can bind to both CB1 and CB2 receptors to produce a wide range of effects in the body.

CBD is thought to interact with ECS indirectly, perhaps by preventing endocannabinoids from breaking down so their effects last for longer.

Some scientists think CBD may bind to a receptor that hasn’t been discovered yet.

Cannabis is unique because it contains high concentrations of cannabinoids, many of which have been found to have potential therapeutic effects.

However, not all cannabis is created equal.

It’s important to use medicinal cannabis prescribed by a doctor so that the dose and cannabinoid blend is effective for your health condition.

It’s not yet known exactly how the dozens of cannabinoids in cannabis interact with the ECS, but research is finding that these plant-based compounds can have remarkable health benefits.

How to boost your Endocannabinoid System

You can also support your ECS by having a healthy, balanced lifestyle.

That includes eating the right foods, exercising regularly, and reducing stress with practices like meditation, yoga, breathing exercises, and spending quality time with loved ones.

What foods strengthen the ECS?

Getting acquainted with the ECS

Research into the ECS is only starting to reveal the importance of this system to our overall health.

Almost everything we do is in some way connected to this complex system that’s helping to keep us in balance.

The next time you start to feel a bit under the weather, or overwhelmed by life, maybe take a moment to acknowledge your ECS.

Think about how it’s working around the clock to support your body and ask if there’s anything you can do to help it perform better.

A few years from now, the Endocannabinoid System is likely to become a household name just like the immune system and the central nervous system.

Now’s as good a time as ever to start learning about it.