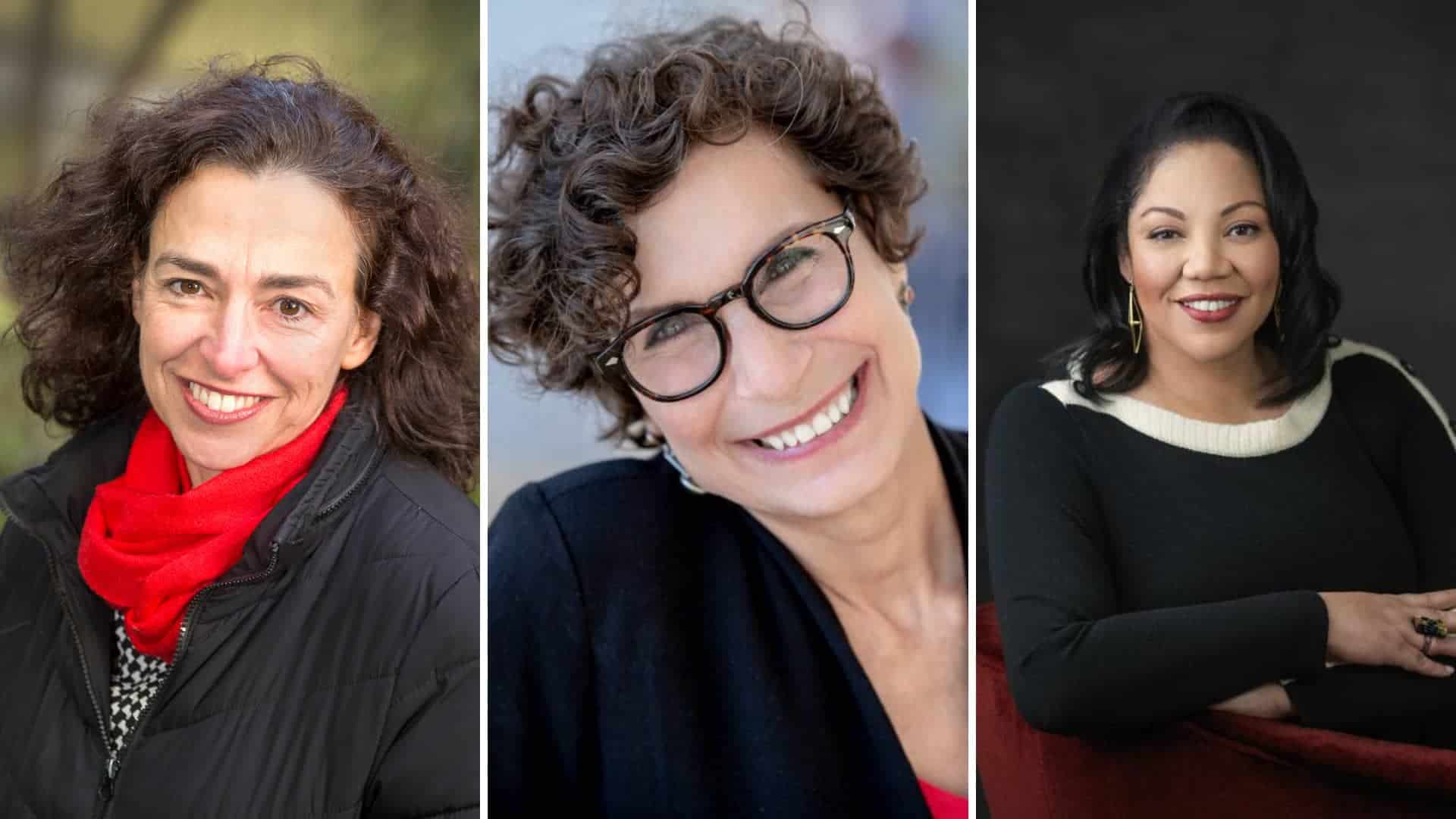 Wherever you look in the medicinal cannabis industry, you’ll find inspiring women leading the way.

Women scientists, founders, executives, board members, healthcare professionals and politicians are playing important roles in the growth and development of the sector, both in New Zealand and around the world.

It’s true that women are under-represented in the cannabis industry, particularly in executive-level positions.

But in recognition of International Women’s Day, we want to honour the women who are breaking the glass ceiling and blazing a trail for others to follow.

The theme of this year’s IWD is #ChooseToChallenge because from challenge comes change.

So while this is a celebration of women in cannabis, it’s also a challenge to the industry to stand up for equality.

There are countless wonderful women in the medicinal cannabis industry that we could have included in this short list.

We see you, we salute you, and we celebrate each and every one of you. 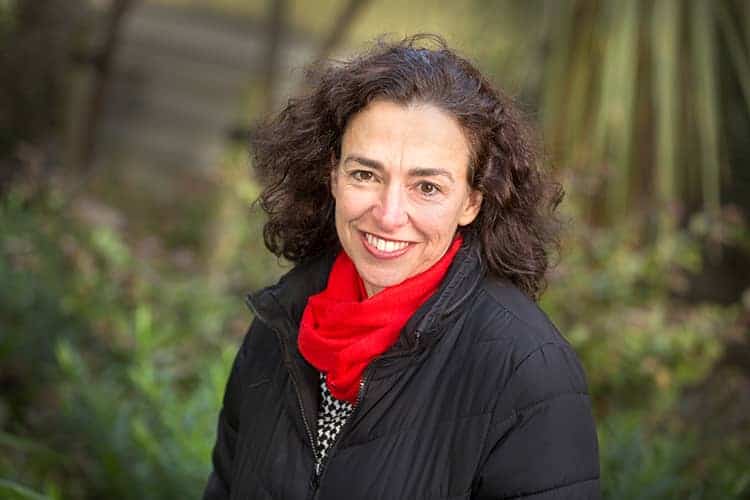 Professor Michelle Glass is the first to point out that she doesn’t work in the medicinal cannabis “industry”.

But she’s nonetheless doing important research that’s helping to inform the industry and support the wellbeing of patients all over the world.

Her research focuses on the expression, function and molecular pharmacology of the cannabinoid receptors in the body and their potential role in treatment of neurodegenerative diseases.

Her work is helping to explain how the cannabinoid receptors work, which is important to understanding how cannabis-based medicines can interact with them.

Professor Glass is a member of the Medicinal Cannabis Research Collaborative in New Zealand, which aims to ensure robust clinical research of medical cannabis products is undertaken.

“All drugs that can have benefit can also do harm — that’s a fundamental premise of pharmacology. Our goal, through understanding signalling at a really fundamental level, is to try and optimise the benefit pathways and minimise the harm.”

Professor Glass says one of her most interesting discoveries to date was that the CB1 receptor (found primarily in the brain) is lost in Huntington’s disease prior to cell death.

That led to research looking at whether activating the receptor could be protective in early stages of the disease.

Her contributions to the field have seen her appointed president of the International Cannabinoid Research Society.

She also featured in the 2018 short documentary, Mum, Cannabis, and Me.

Sally King is playing a leading role in the growth and development of the medicinal cannabis industry in New Zealand.

As the legislation around medicinal cannabis was changing, Sally saw the potential in creating an industry that was well organised, collaborative, and world-leading.

She was brought on as Executive Director of the New Zealand Medicinal Cannabis Council (NZMCC) in 2019.

The council is made up of leaders from various medicinal cannabis companies and overseen by a board of directors.

Sally’s job is to deliver on the council’s mission, which is first and foremost to create the best opportunities for patients to access safe, effective cannabis-derived medicines.

The council is also committed to building a successful, professional and respected medicinal cannabis sector in New Zealand, based on world-leading regulations and robust science.

The great thing about the NZMCC is that it’s taking a collaborative approach to developing and growing the industry.

“We are far too small in New Zealand to succeed by unbridled competition. There is more we can achieve if we work with one another and with others, such as researchers and government.”

Sally says that while female representation in the medicinal cannabis industry is small, the calibre of female leaders is extremely high.

She says that women in cannabis in New Zealand, many of whom are coming from successful international careers, are capable of forging a path that will become a “superhighway” for other women to follow. 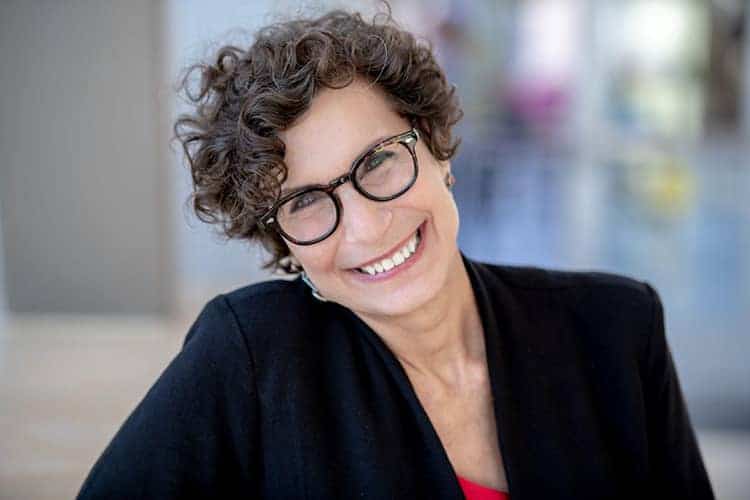 She co-founded cannabis company Aunt Zelda’s in 2011 and has been providing patients with cannabis-based plant medicines ever since.

Mara is driven by her personal experience. Following a botched back surgery in 1996 she suffered from severe chronic pain.

For over a decade she was prescribed various pharmaceutical drugs, but she ended up overweight, depressed, unable to work, and she still had chronic pain.

This led her on a journey to discovering the therapeutic benefits of medicinal cannabis, which she says immediately reduced her pain “from level 8 to level 2 almost instantaneously”.

She has devoted her life to validating the medicinal status of the cannabis plant and taking a science-first, data-driven approach to developing cannabis-based medicines.

“The thing that’s fascinating about cannabis is it is really a pharmacy in a flower.” – Mara Gordon

Mara co-founded Zelda Therapeutics (now Zelira Therapeutics) in Australia. The company brings together some of the world’s leading scientists and clinicians to conduct research into using medicinal cannabis for various ailments, including cancer, autism, chronic pain and insomnia.

Mara has an excellent TED Talk, called Cannabis: Separating the Science from the Hype, and has featured in several documentaries advocating for medicinal cannabis, including The Medicine in Marijuana, Mary Janes: Women of Weed, and the award-winning film Weed the People. 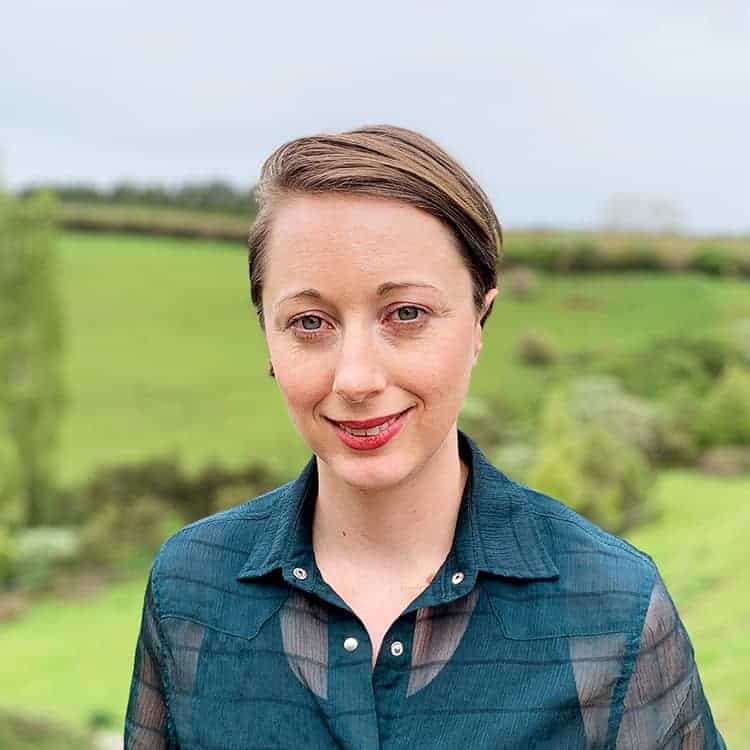 We had to include Ora Pharm’s very own Zoe Reece in this article, even though she’d rather highlight the achievements of other amazing women in the cannabis industry.

Here, “on the pharm”, Zoe is absolutely a woman worth celebrating.

Zoe is the founder, CEO and director of Ora Pharm, a health and wellness company developing medicinal cannabis in New Zealand.

Her passion for sharing the benefits of medicinal cannabis stems from her personal health journey.

Following surgeries for a cholesteatoma (a non-cancerous skin growth in the middle ear), Zoe was prescribed common opioids to help with the pain, which had adverse side effects.

When she was diagnosed with endometriosis in 2018, she tried CBD for pain relief and found it to be highly effective.

After a follow-up surgery for the cholesteatoma in 2019, Zoe used THC to manage the pain, which was more effective than opioids without the adverse side effects.

It was a defining moment in her life and career. Since then, Zoe has been passionate about helping others to access high-quality medicinal cannabis to improve their quality of life.

“I know there are countless others like me who can benefit from the therapeutic qualities of cannabis-based medicines. They are the reason why I do this.”

She founded Ora Pharm in 2020 and is establishing a state-of-the-art cultivation and manufacturing facility on a Waikato farm, alongside her husband and business partner Karl.

Zoe’s also a New Zealand Medicinal Cannabis Council board member and is committed to using her experience and expertise to develop the sector in New Zealand.

Dr Chanda Macias is a wonder woman of the medicinal cannabis industry in the United States.

She’s a PhD, MBA, world-renowned biomedical researcher, and the first black female entrepreneur to own a multistate cannabis company.

She’s also the CEO of Ilera Holistic Healthcare, the medical marijuana cultivator and processor for the State of Louisiana.

A major reason why Dr Macias makes the list is because she’s the CEO and chairwoman of Women Grow, which serves as a catalyst for women to influence and succeed in the cannabis industry.

Through her leadership role, she’s helping to inspire, educate and empower the next generation of female entrepreneurs and researchers.

“Women are instrumental to the cannabis industry due to the compassion we bring, but we’re not given very many opportunities in this space … We can create something that the world has never seen before, an industry that equally represents women.”

She’s also passionate about supporting minorities and people of colour to be represented at all levels of the medicinal cannabis industry.

Like many of the women on this list, Dr Macias has a personal story that fuels her purpose. Her son has Crohn’s disease and when he was 16, Dr Macias found him lifeless on the dining room floor.

As a mother, she says she would do anything to help her son and she found cannabis to be a highly effective treatment.